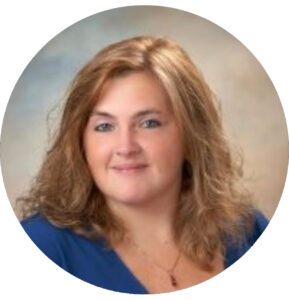 Some senior processors are good at their jobs.

And some are so good that buyers treat them to a Tiffany necklace as a thank you for going above and beyond on a difficult closing.

Cheryl Rogers is that kind of good at her job. So we are incredibly grateful to have her on the team at Four Points Title & Escrow. Check out our Team Member Spotlight Q&A to get the full story and a lot more.

Are you an early bird or a night owl?
Early bird. I get up around 5:30am, shower and then I hit the office.

I like to get in, answer emails and just get started before all the phone calls start coming in. I want to get in a good headspace before I start fielding questions from everybody.

Have you ever met anyone famous?
I met Rod Stewart. We were at Graceland and just walking around, doing a little bit of shopping. He was there for Elvis Week, and he was in one of the stores. My husband noticed him. He went over and was like, “Aren’t you Rod Stewart?” And he was like, “Yeah.” So he started talking to him and we got a picture with him. It was pretty amazing.

I had to flip it so many times, the customers were so grateful that I just kept rolling with the punches. They were just so grateful. Two weeks after the closing, I got a FedEx package with a Tiffany’s necklace and it was a key necklace.